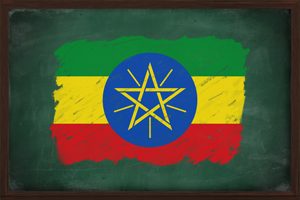 Ethiopia is one of the poorest countries in Africa. Located on the horn of Africa and is the second largest populated country to Nigeria. At the end of 2013, Ethiopia end up with population of 94,100,756; this represents an increase of 2,371,907 people compared to 2012. The male population is greater, with 47,073,416 men, representing 50.02% of the total, compared to 47,027,340 or 49.97% women. Ethiopia shows a moderate population density with 85 people per square km and it was in position 102th in ranking of density population in 2013. Ethiopia’s health care system is among the least developed in Sub-Saharan Africa and is not at present able to effectively cope with the significant health problems facing the country. The major health problems of the country remain largely preventable communicable diseases and nutritional disorders. Despite major progresses have been made to improve the health status of the population in the last one and half decades, Ethiopia’s population still face a high rate of morbidity and mortality and the health status remains relatively poor. Like other people living in African countries, most Ethiopians experiencing lack of clean drink water. These problems are exacerbated by the shortage of trained manpower and health facilities. Ethiopia has only 2.6 medical doctors per 100,000 people. While the shortage and high turnover of human resource account for healthcare problems, inadequacy of essential drugs and supplies have also contributed to the burden. In addition, wide spread poverty, poor nutritional status, low education levels and poor access to health services have contributed to the high burden of ill health in the country. Life expectancy at birth is currently about 54 years and is expected to decline to 46 years if the present HIV infection rates are maintained. According to government statistics, 3.5 percent of the populations in the age group of 15-49 in 2005 were reported to have HIV/AIDS. Malaria is the primary health problem in the country; it is the leading cause of outpatient visits and is responsible for 8 to 10 million annual clinical cases and a significant number of deaths. In total, as much 80 percent of the health problems in the country are due to preventable communicable and nutritional diseases; these health problems are associated with low socio-economic development.